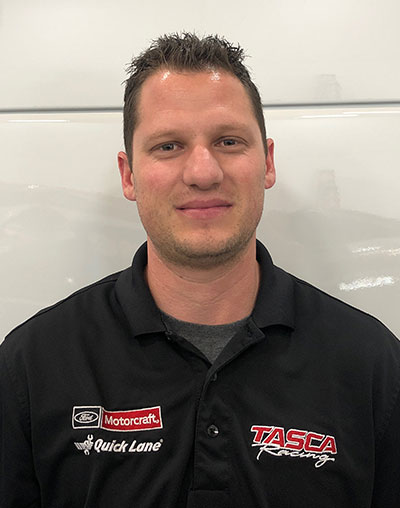 Jon Schaffer began his career back in the early 2000’s with local Top Fuel driver David Baca. He worked on Baca’s car while he was in high school. Schaffer was able to graduate high school a half of a year early to go full time with Baca. Schaffer has worked for many professional drivers, including Eric Medlen, John Force, Robert Hight, JR Todd, Doug Herbert and most recently Bob Tasca III. He worked For John Force Racing for over 12 years and had the opportunity to learn and work with the greatest crew chiefs out there including Austin Coil, Bernie Federaly, And Mike Neff. He won his first championship in 2010 with John Force Racing. From an early age he was always into racing. Starting out driving Go Karts and working his way up to asphalt modified and late models. He finished second in the points championship in the KT 100 Kart class at Infineon Raceway in California back in 2004. Finishing 2nd earned him a scholarship to the Jim Russel Formula Ford racing school at Infineon Raceway.