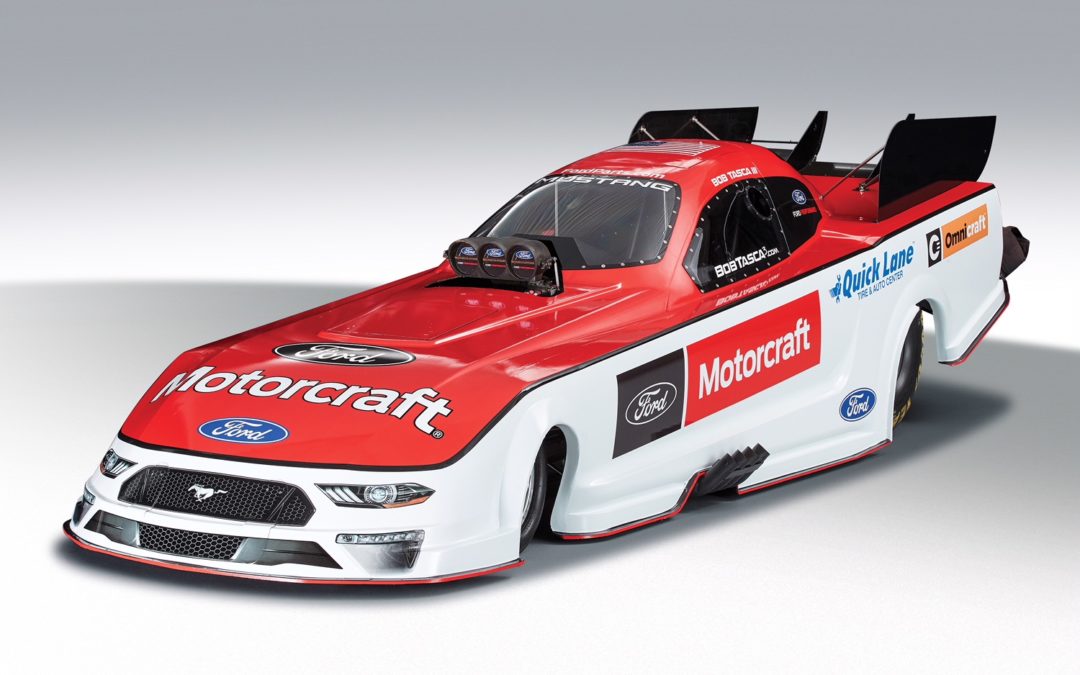 Motorcraft also will serve as co-sponsor of Tasca Racing for the remaining eight National Series races, building on the company’s legacy of drag racing that dates to the start of the sport.

“We are excited to return Motorcraft as primary livery to Bob Tasca Racing in NHRA,” said Matt Bradley, sales and marketing director, Ford Customer Service Division. “Joining Tasca Racing expands our reach beyond the racetrack, widening our brands’ footprint and getting us in front of our core audiences.”

Ford Customer Service Division and its associated brands won a place in the hearts and minds of drag racing fans everywhere in the late 1980s and early 1990s, sponsoring Ford hall-of-famer Bob Glidden, a 10-time NHRA Pro Stock champ, and NHRA legend Kenny Bernstein, among others.

The name Tasca holds a significance of its own in NHRA. Bob Tasca III, who grew up in and around Ford Motor Company dealerships, is the grandson of famed Rhode Island Ford dealer Bob Tasca. Throughout his decade as an NHRA Funny Car competitor, he has four race wins and 11 finals appearances. He qualified three times for Countdown to the Championship. His career-best elapsed time is 3.892 seconds while his career-best speed is 326.56 mph.

“Returning to full-time racing with Motorcraft is incredibly exciting,” said Tasca. “With the technical support of Ford Performance, we are thrilled to bring back our NHRA nitro-powered Mustang Funny Car and look forward to returning Ford back to victory lane where it belongs.”