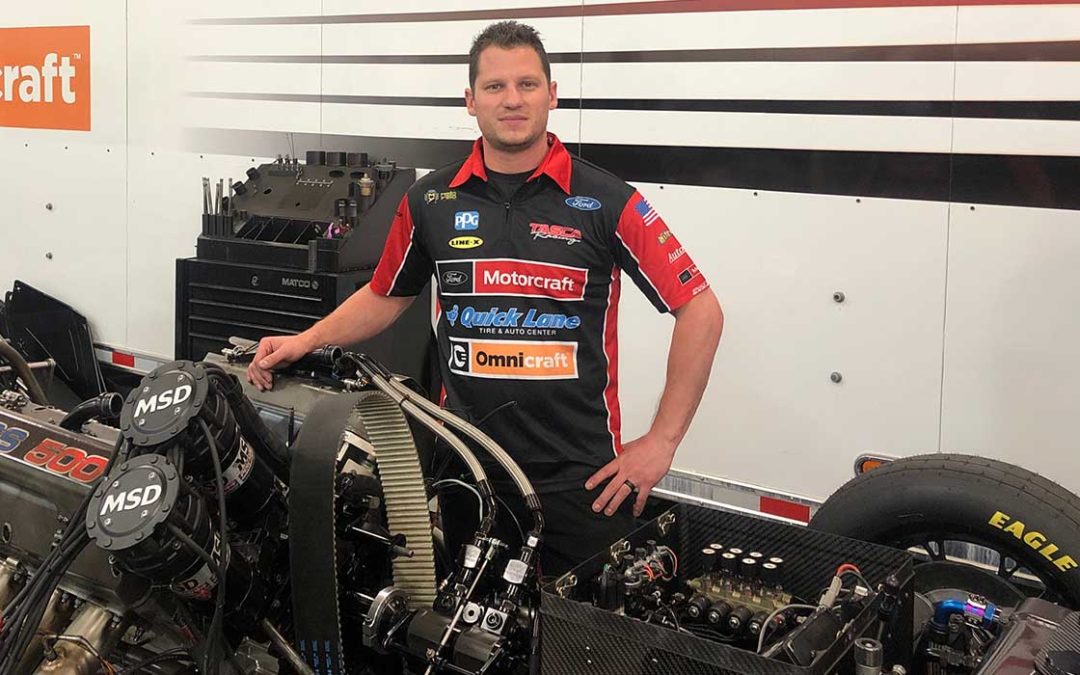 Schaffer moves from a rival Funny Car team in a trade for Mike Green, who joined Tasca Racing at the end of last year.

At 31, Schaffer, the youngest professional full time crew chief in NHRA, brings energy, a wealth of Funny Car experience and a hard-working attitude to Tasca’s operation.

“I’ve known Jon and raced against Jon for many years, and I’ve always looked at him as an up-and-coming talent, no different than I feel about Eric,” Tasca said. “I’m optimistic that the two of them working together will be a powerful combination.

“Part of putting this program together in conjunction with Ford was to win races. We committed to that from the beginning and I’ve been working to create the best team I can that’s capable of producing the best results. I have very high expectations for our program. The only thing that is acceptable to me is for this team to win races and compete for a championship this year.

“It may take us a few runs, or a few races to get exactly where we want to be, but these changes are being based on the long-term goal, and that goal is to win races and win the championship with this Motorcraft/Quick Lane Ford Mustang. I didn’t feel like the set-up that I had was capable of doing that at any point this season, and just like the leader of any company, I wanted to set our team up for success in the near term to meet the long-term goals.”

Schaffer, who now lives in the Indianapolis area, grew up through the kart and open wheel ranks before trying stock car racing. Ultimately, his friendship with longtime NHRA Top Fuel driver Dave Baca, who was based in Schaffer’s hometown of Discovery Bay, Calif., brought him to the NHRA.

Expecting to stay only a short while, Schaffer was drawn in by the extraordinary power of the Top Fuel and Funny Car engines and decided to make a career of tuning them.

“Bob has a great organization that has been well-established, so there’s already a team, the parts, everything’s already here to succeed,” said Schaffer, who took his first NHRA job in the early 2000s. “I’m just bringing the knowledge I’ve gained over the last few years. I’m looking forward to working with Eric Lane to see if we can get this thing a little quicker and consistent and start winning some races.

“I’m looking forward to working with the Tasca family. I appreciate them giving me a chance and I’m excited for what the future will bring for Tasca Racing.”

Tasca debuted the all-new Ford Mustang body developed by Ford Performance at the 2019 season-opener in Pomona, Calif. He has five round wins entering the Virginia NHRA Nationals, including a semifinal finish in Phoenix. He is currently 10th in the point standings.